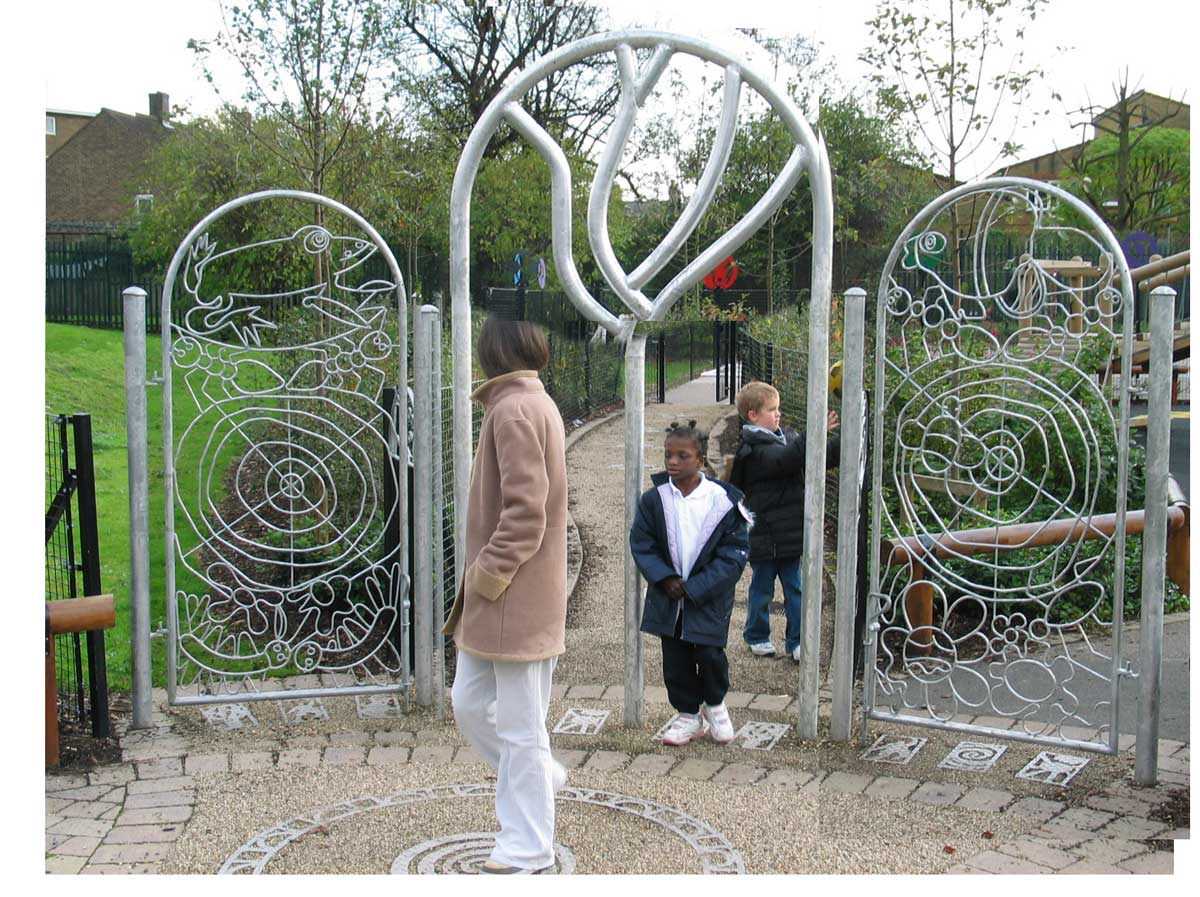 When did it start to become impossible for state education to include the arts? Living here in the UK, I tend to think this is a Tory idea. But back in 1984, I was working as an artist in New York City. My first exhibition was Tin Temples in 1980. The city’s Board of Education began cutting funding for the arts. And of course this attack on culture was worst in the poorest areas of the city. I began working with a charity called Studio in a School which after 40 years is still ‘enriching young lives through visual arts’. I was sent into a school which had metal detectors at the door and armed police on the stage beside me when I gave my 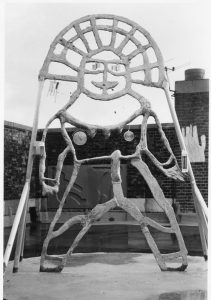 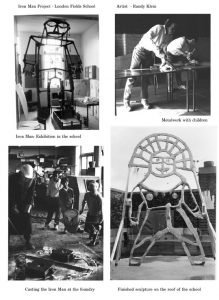 Workshops and Foundry Visits for the Iron Man project

initial presentation to the school assembly. And this was a primary school, for children up through age 12. I had never been to a school like that, having come from a comfortable neighborhood in Brooklyn. Together with educational professionals, I devised a programme of creating puppets and devising scripts so these young children could dramatise their lives and their hopes for the future. The children were enthusiastic and the experience was profoundly enriching for me.
When I moved permanently to the UK, found my way into a similar art charity no longer in existence. Where the funding for socially responsible art in education in the states was privately funded, the Arts Council funded this work. My first project was created for a school in east London based on the well known Ted Hughes book, The Iron Man. It resulted in a huge sculpture in cast aluminium on the rooftop of the school. Children were involved in every aspect of designing and casting the sculpture, including the sand casting at the foundry.
This began what has been for me a continuing engagement with the social responsibility of a career in art. Working with London Print  Studio I was asked to develop an arts project in a school which had three prominent languages spoken – Arabic, Bengali, and English. Workshops with the children resulted in the publication of an artist book which examined the idea of a world without an alphabet. 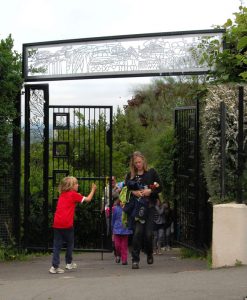 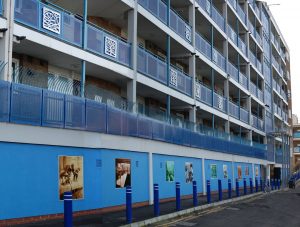 The new facade of the Friary Estate

Many other projects have resulted in makeover of school environments, always based on ideas and drawings by the children themselves. At Horniman School in London, this included a stage among the trees, new gates, and even a cycle powered radio station. Other projects were on housing projects, with tenants involved in workshops to redesign their buildings. An award winning project on the Friary Estate in Peckham totally transformed the facade of this block of flats.

But perhaps the most exciting project of all was working with Thames Reach, a homelessness charity based in London. The charity was embarking on the creation of a new Employment Academy  which would provide training for their clients, to help them return to work. Together with formerly homeless clients of the charity, we worked together both in design workshops and at the steel fabrication to create ASPIRE, a large sculpture permanently housed in the charity’s new main offices. This was an amazing experience, and the sculpture still stands as a record of this project.

ASPIRE_fast from Rafael Klein on Vimeo.

Visual art can sometimes be seen as a very elitist pursuit. Art galleries seem intended only for those lucky enough to to be able to acquire and live with works of art. And of course, this is largely true. However, the appreciation of art and the ability to engage with one’s own creativity should not in any way be limited by wealth or social status. The artist has a social responsibility which enriches the community. The artist benefits as well from sharing the enthusiasm and love of art, and spreading it into the public realm. At least I have always felt that to be true.
For details of a few more of my own projects of social engagement, have a look here – Art and Social Engagement